One of the key features that needed to be factored into the design of the model was a knock-down wall. The knock-down wall (located on the camera-right side of the rear museum wall), was engineered so that a minimal impact would cause the wall to fold out of the way of the moving camera platform. We photographed a full-size diorama set constructed by Production for live-action and mounted a photo print of that diorama on the knock-down wall. At the point of impact, the photo print would fill frame and the knock-down wall would fold away from the camera, allowing for a smooth transition from our miniature world back into the full-scale live action.

After each take was complete, the model would be cleaned and reset with new dinosaurs for the next take, with 4 takes completed in the single pre-light/shoot/strike day. 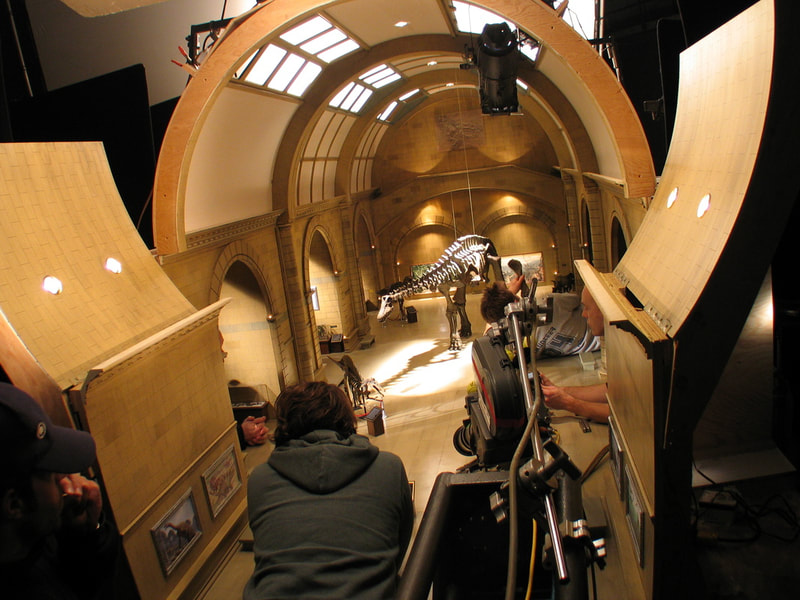 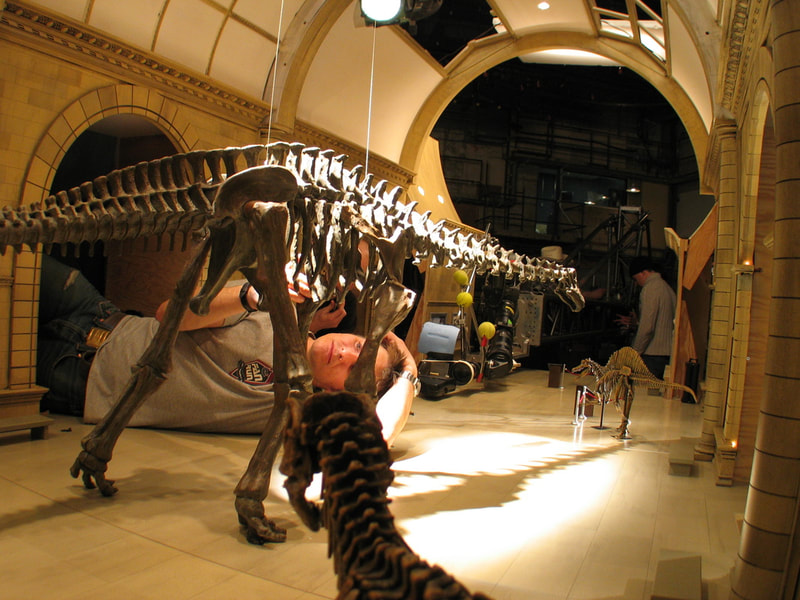 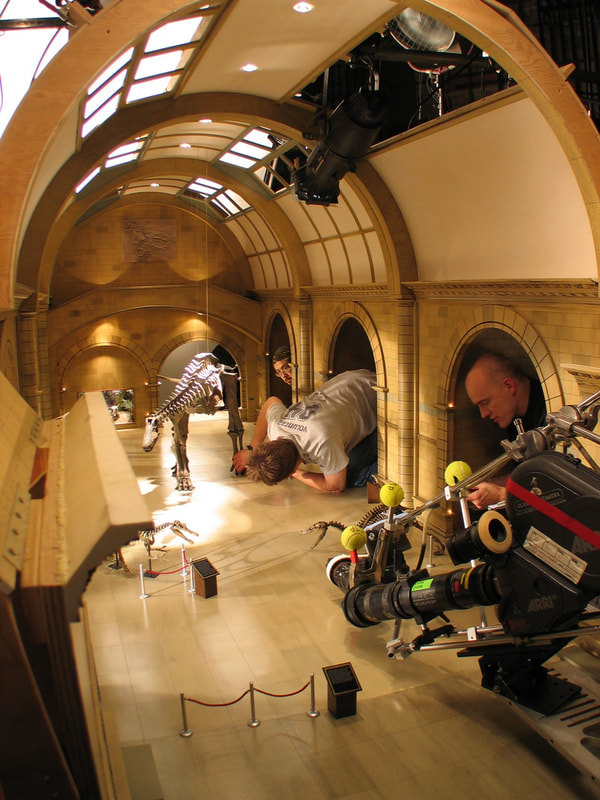 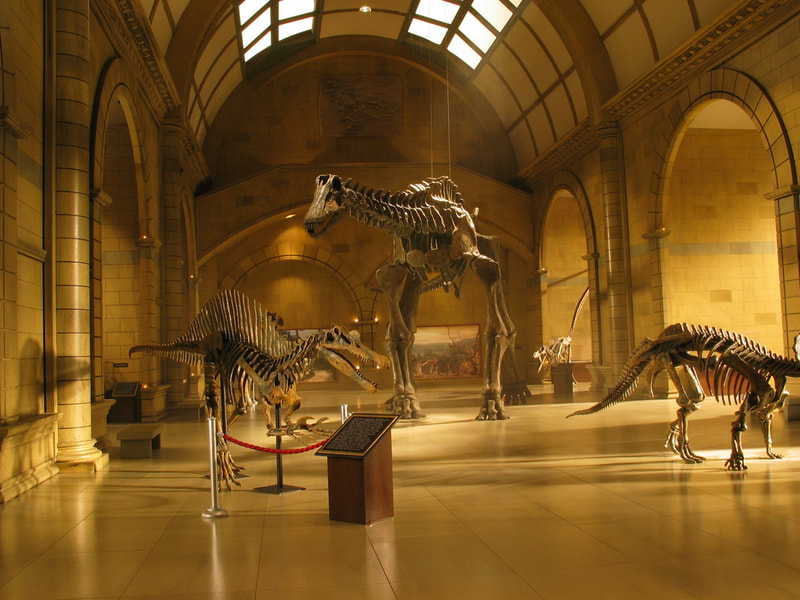 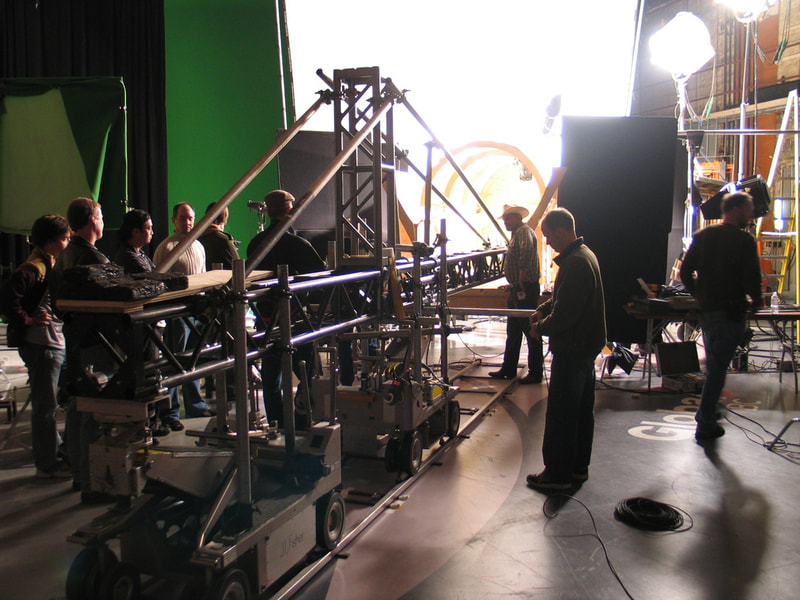 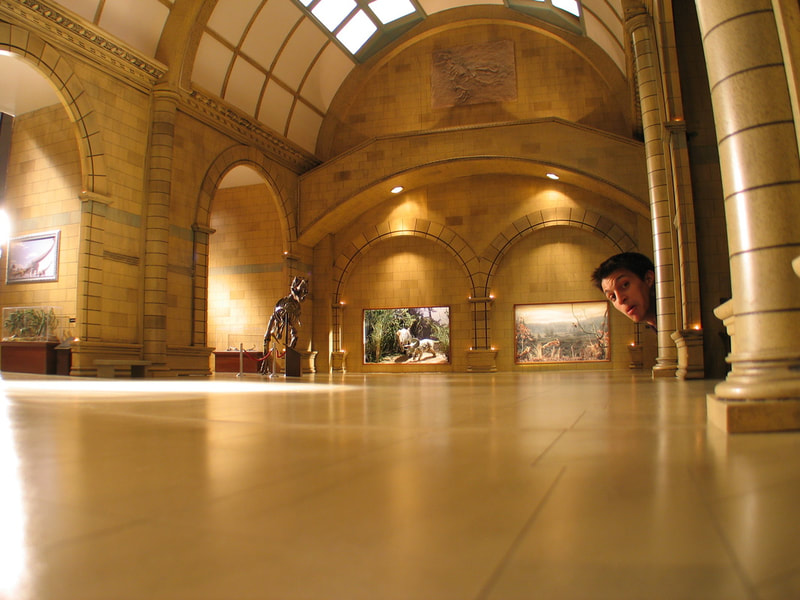 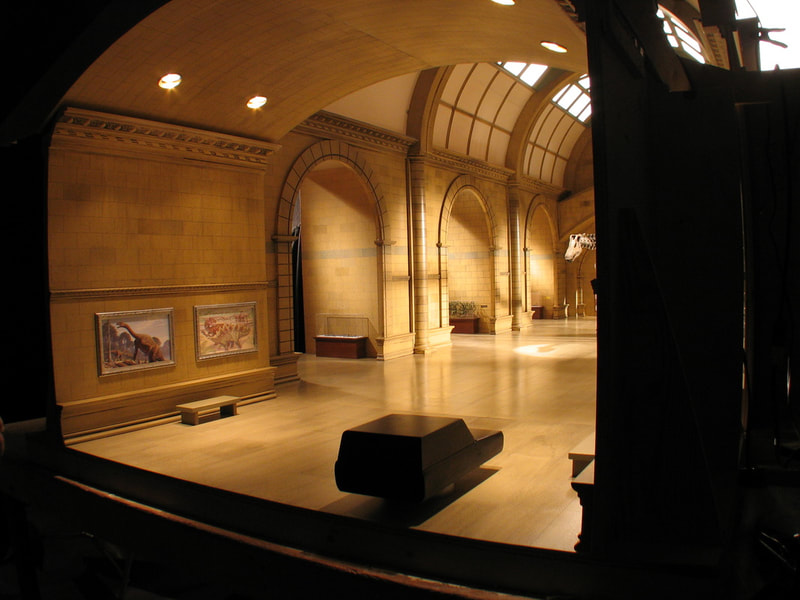 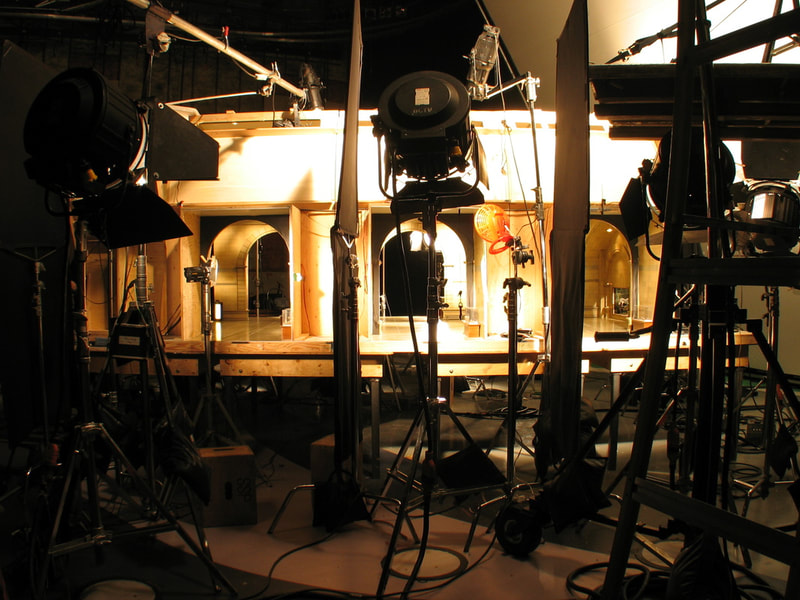