Our first step was to determine the overall size of our model. We had almost seven seconds of screen time to fill with the "drive-through" of the model and we were going to need to build to a scale that would allow the real-world physics of the breaking dinosaurs to appear natural in-camera. Knowing the speed that the full scale car would be traveling leading into our shot, the amount of time we had to fill within the commercial and how fast we could realistically move the camera platform, we determined both our models' scale and also that our model would need to provide 14 feet of detailed interior travel. From that point we began the design process.

The look, design, and execution of the museum was left entirely to our discretion, though we maintained regular conversations and updates with the client throughout the process. Although we referenced several museums when designing our model,  the overall look of the miniature museum was unique to this project. We designed the architecture, displays, lighting and inhabitants of the museum to serve both the story we needed to tell and the technical aspects of telling that story.

We began, as we often do, by working within the virtual space of the computer. We designed the physical model, lighting plan, and camera rig in Sketchup. The overall design of the architecture of the model was led by the action that we needed to capture on-screen. Side hallways served multiple purposes as architectural details, as lighting portals and as access points for resetting the model between takes. The rear wall was designed with a knock-down feature to facilitate camera travel. The ceiling over the front entrance to the model was hinged so that it could open up to allow for the camera rig to pass through cleanly.

By taking on the production design of the miniatures sequence, we were able to allow the client to fully focus on the challenges of the live action portion of the commercial. 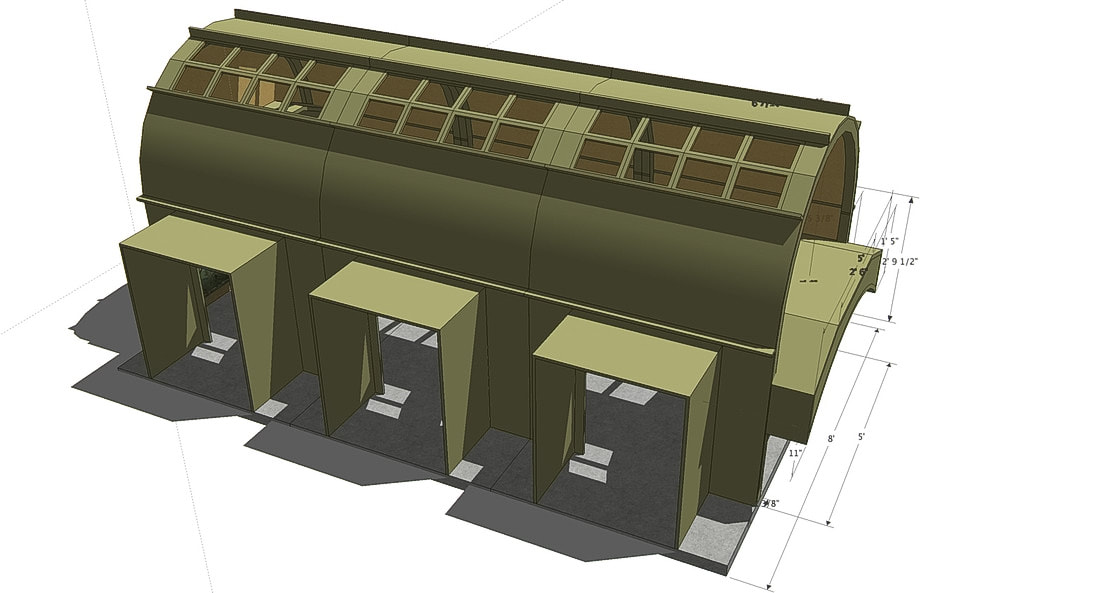 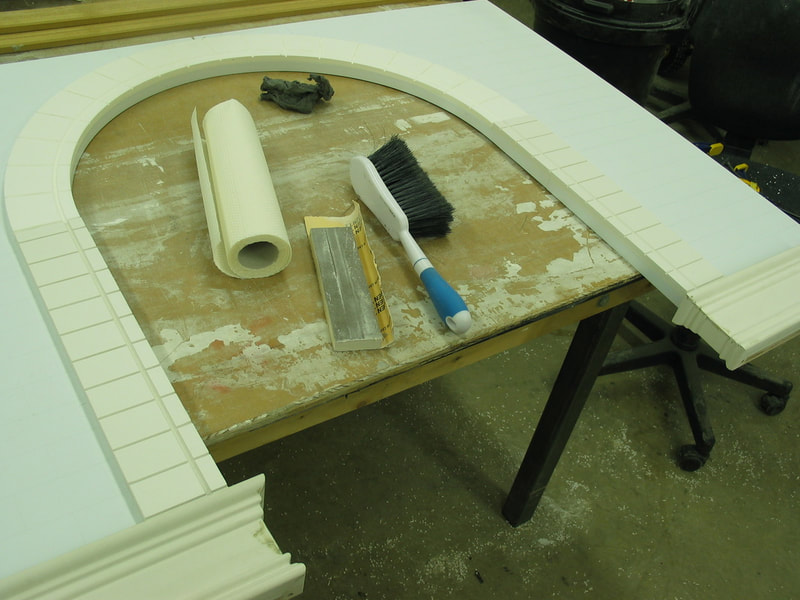 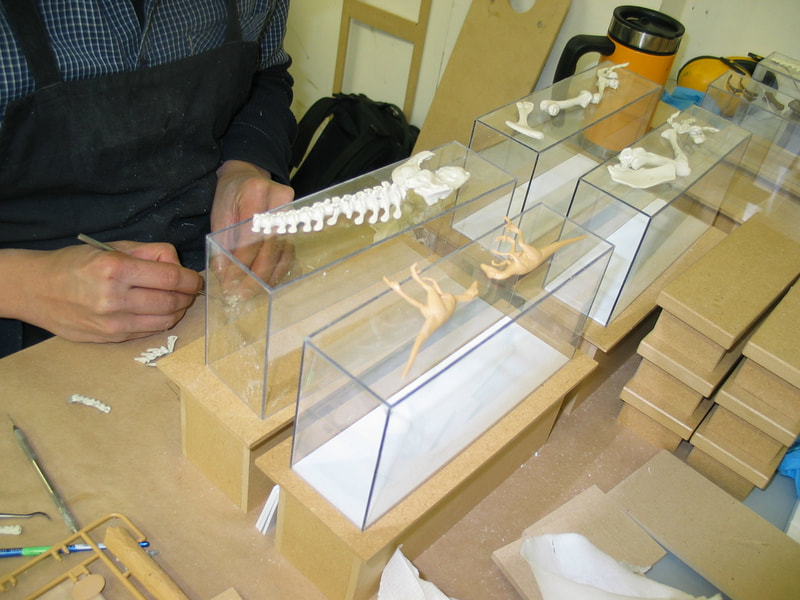 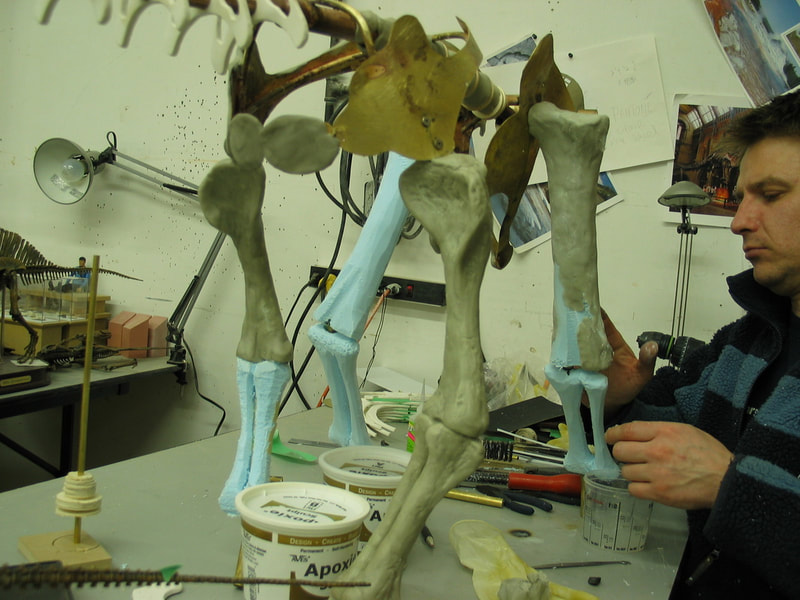 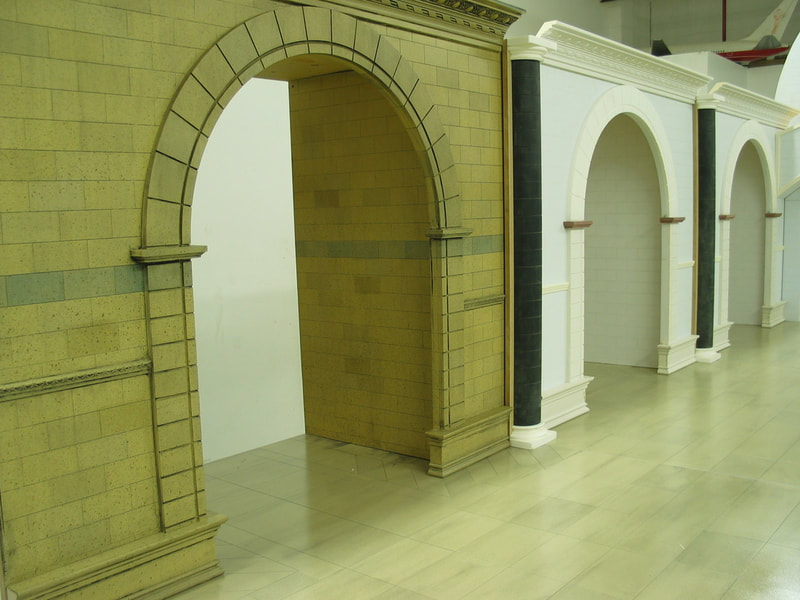 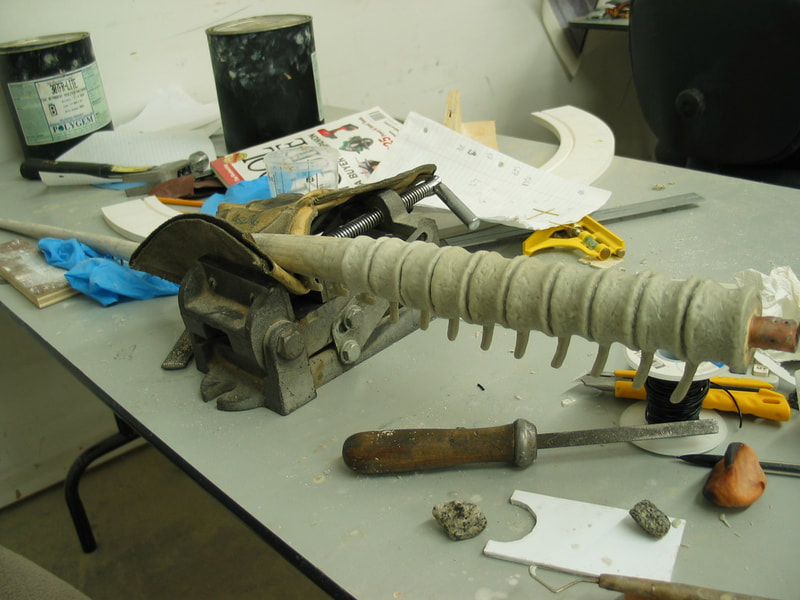 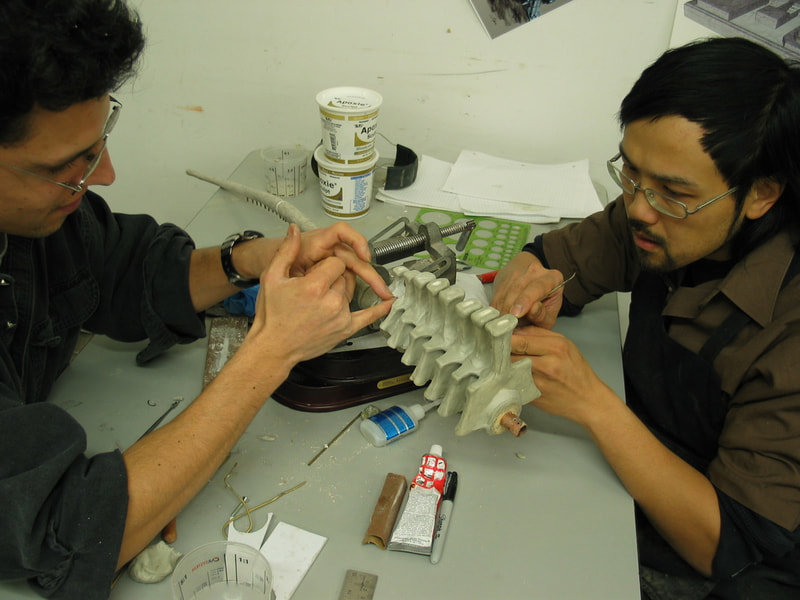